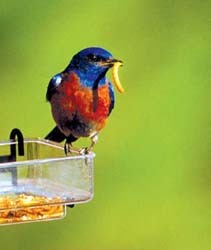 The Eastern Bluebird - native to our area, will be attracted to

A Bluebird's competitive advantage is his eyesight - he can see a caterpillar on a blade of grass at 50 yds.  This skill comes in handy both for spotting insects as well as predators.  As such, you will most often see Bluebirds in places with unobstructed vision - big yards, farms, parks, meadows and the like.

Insects are the mainstay of the bluebird's diet.  They are known to eat fruit have also been taught to eat sunflower chips, but our focus will be on insects.

2.a Just like feeding other birds, the key is to offer a consistent source of food.  If it is dependable, the birds will put the site into their bank of addresses for food.

2.b. Our shop offers meal worms!  These are the larvae of beetles and are much enjoyed by bluebirds!  We offer  both live and dried meal worms.  While equally nutritious, there are advantages to both.

LIVE Meal Worms:  Bluebirds will recognize these as food because they move.  Storage is good -  live meal worms go into a somnambulant state when refrigerated and they will last up to 30 days there.  Also, if you'd like you can take them out for several hours and put pieces of potato or apple into their box.  They will appreciate the food and grow a little before you replace them in the fridge.

DRIED Meal Worms:  Again, just as nutritious as "live" and if you are a consistent source of food, it may be all you need - especially during winter.  Also, they are cheaper.

The trick is that they have to find the food.  My experience is that I can mix them - spill a layer of dried meal worms on the bottom of the feeder and sprinkle 20 or so live ones on top each time I refill the feeder. 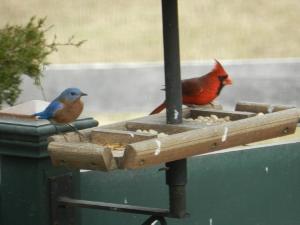 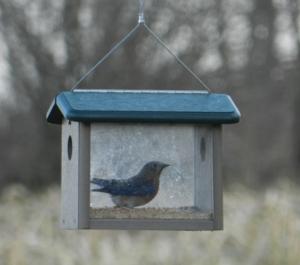 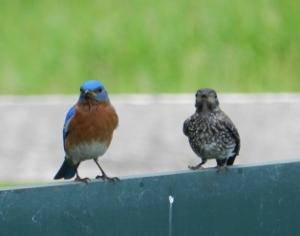 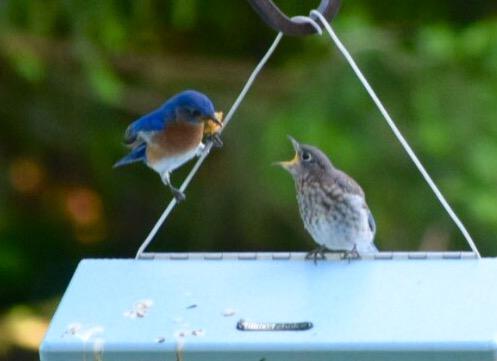 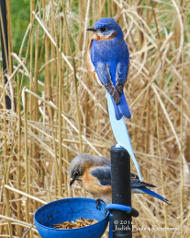 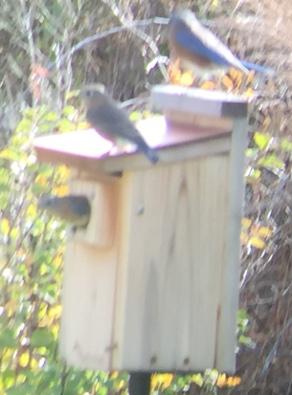 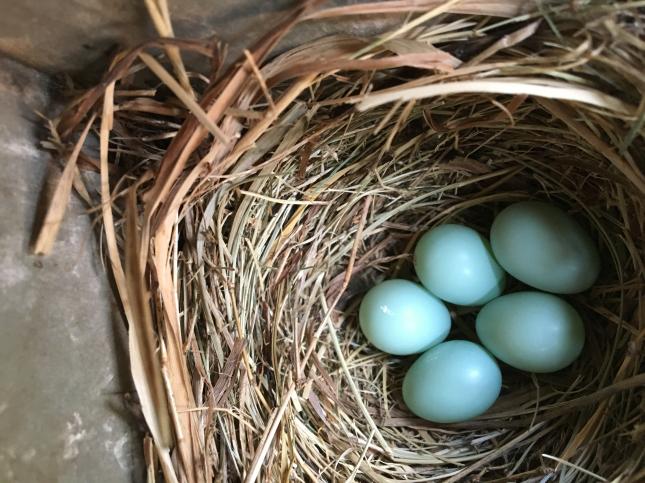 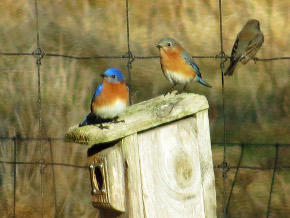 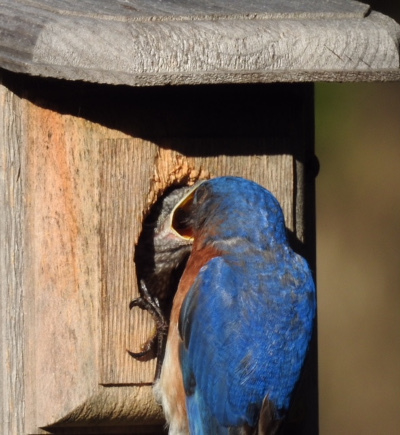 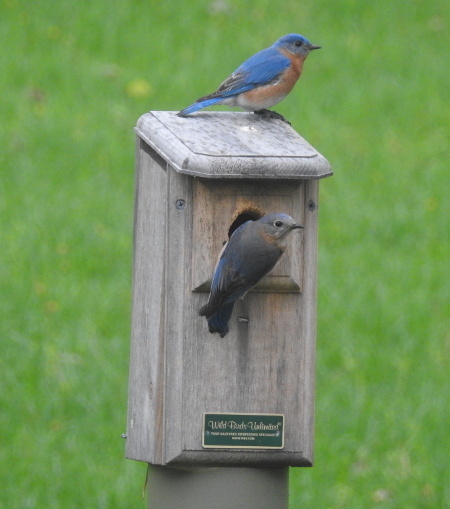